Sam Bieler is a 2019 graduate of NYU Law interested in cybercrime and cybersecurity law. Prior to law school, he worked as a criminologist with the Urban Institute’s Justice Policy Center, where his work was featured in The New York Times, The Economist, and Vice. At NYU, he is a fellow at the Center on the Administration of Criminal Law, supporting justice reform in New York City. He interned with the Criminal Division of the U.S. Attorney’s Office for the Southern District of New York during his first summer at law school, and was a summer associate with the White-Collar Crime group of Skadden Arps during his second. He graduated magna cum laude with a B.A. in Criminology and Diplomatic History,  and an M.S. in Criminology both from the University of Pennsylvania.

Brooke Gottlieb is a 2019 graduate of NYU Law who previously served as the Vice President and Treasurer of the National Security Reading Group. In the spring of 2018, Brooke participated in the Southern District of New York’s Prosecution Clinic, where she reported to Assistant U.S. Attorneys in both the Complex Frauds and Cybercrime division, and the Terrorism and International Narcotics division. Her article about Carpenter v. United States and government access to historical cell site location information was published in NYU’s Journal of Legislation and Public Policy’s online companion, Quorum in April of 2018. This past summer she was a Summer Associate at Proskauer Rose.

Paula Kift was a doc

toral student in the Department of Media, Culture, and Communication at New York University (NYU) as well as a Student Fellow at NYU’s Information Law Institute. She is interested in global privacy governance, transborder data flows, and the relationship between privacy and security. Paula earned a BA summa cum laude from Princeton University in 2012, where she studied French Literature and Political Science as a major, and Near Eastern Studies and European Cultural Studies as minors. During her undergraduate studies, she completed exchange semesters at the universities of Barcelona and Paris. In 2014 Paula received a master’s degree in public policy from the Hertie School of Governance in Berlin. Previously she worked as a research assistant at the Alexander von Humboldt Institute for Internet and Society (HIIG) and at the Global Public Policy Institute (GPPi) in Berlin. She is a member of the GPPi Circle of Friends and an Associate Member of the American Council on Germany (ACG).

Yin Mei received her B.A. in Psychology at UC Berkeley. In 2010, she moved to Beijing to work at a public relations consulting firm. She also lead tech and innovation community events, including TEDxBeijing and BarCamp Beijing. In 2013, she moved to New York City and became active with the journalism community. She is currently serving her second term as membership chair for the Asian American Journalists Association. After seeing a gap in tech talent in New York, she enrolled in a three-month bootcamp in 2014 to kickstart her career as a software engineer. Today, she’s working full-time for a medical startup, devoting her days to improving quality of outcomes for cancer patients.  Yin graduated from the intensive NYU CS Bridge program in 2016 and began work on a  Masters in Cyber Security. Given her background in communications and journalism, she worked on a project exploring ways to bridge the knowledge gap of technology solutions to secure the integrity of material for investigative journalists. Find her on Twitter @msyinmei. 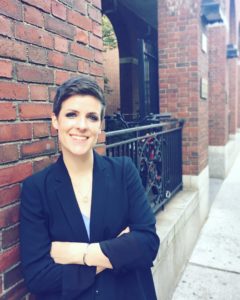 Emily Poole, a 2018 graduate of NYU Law, is interested in cybersecurity law, its implications for our national security, and the role of our democratic institutions in overseeing developments in both of these areas. She is the founder of the National Security Reading Group, a new student organization sponsored by the Center on Law and Security, which hosts monthly lunch discussions with experts in different areas of national security law. She was also on the board of the NYU Law and Government Society. In Summer 2016, she was a judicial intern at the U.S. District Court for the Northern District of Illinois, and also conducted research on privacy law for an upcoming book by a NYU professor. In Summer 2017, she worked on cybersecurity issues as a summer associate at Alston & Bird LLP in Washington, D.C. She graduated summa cum laude and Phi Beta Kappa from Tufts University with a B.A. in International Relations and French. 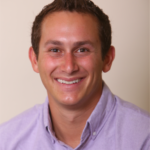 Alex Siegel received his B.A. in Philosophy, Politics, and Economics from the University of Pennsylvania in 2013. After graduation he returned home to the California Bay Area to work for Google, where he assisted the legal team with product counseling and commercial matters. While studying at NYU Law, Alex consulted for startup companies as a Fellow for InSITE, a graduate student leadership development program. He also worked as a Staff Editor for the NYU Journal of Law and Business, and served on the board of the West Coast Connection student group. Alex spent the summer of 2016 interning with Yelp’s legal department, and his 2017 summer as a summer associate with Morrison & Foerster’s Technology Transactions group in San Francisco. Alex graduated from NYU Law in 2018 and returned to Morrison & Foerster that Fall.

Laura Sorice is a 2019 graduate of NYU Law interested in cyber-crime, corporate compliance, and the preservation of civil liberties in information privacy. She graduated from the University of Pennsylvania magna cum laude in 2016 with a B.A. in Political Science. During her first year of law school, Laura worked as a research assistant exploring constitutional challenges to the seizure of telephony metadata, confirming her interest in cybersecurity. She also served as the Co-President of NYU Law Women, as a board member for First Generation Professionals, and as the Senior Articles Editor for the NYU Law Journal of Legislation and Public Policy. Laura spent the summer of 2017 as a legal intern for the Civil Division of the United States Attorney’s Office for the Eastern District of New York, and the summer of 2018 as a summer associate at Sidley Austin LLP in New York City.

Please note: Biographies were posted at the time of each student’s scholarship.

Thank You!
Your message has been sent successfully.